On Sunday, July 13, a fundraiser for Jaqie Angel Warrior was held at LaFortune Park in Tulsa, Oklahoma. Jaqie is a 24 month old baby who is receiving CBD oil out of Colorado to treat her seizures related to epilepsy. The family must travel back and forth to Colorado as they have a home, family, job, and support network in Oklahoma. They are like so many other medical cannabis refugees who must live temporarily in Colorado which often creates an even greater hardship on the family.

This is the second fundraiser that has been held for Jaqie Angel. The event included a raffle, BBQ, and guest speakers. Drug Policy Reform Network of Oklahoma brought in the speakers which included Chip Paul – Chairman of Oklahomans for Health, Jay Ramey – Tulsa Attorney, and DPRNOK board member and former gubernatorial candidate, Dax Ewbank.

Mr. Paul gave an update on the current medical marijuana initiative which now has just 30 days to collect the necessary signatures needed to be on the ballot in November. The most recent count was 75,000 signatures collected but that does not include the uncounted petitions yet to be turned in. 156,000 valid signatures are required. In order to ensure that number is met, they need to collect 250,000-300,000.

Dax Ewbank recently campaigned in the gubernatorial primary and is a Drug Policy Reform Network board member. He presented a talk that encompassed the injustices committed in the name of the war on drugs, the insensibility of current drug policy, and philosophical points regarding marijuana use and the fundamental right to use it without fear of being incarcerated, having children removed from their homes, and lives torn apart.

Oklahomans for Health volunteers were present and a petition was available to sign. If anyone is interested in volunteering or needs petition locations please visit Oklahomans For Health website.

The documentary film crew attended and recorded footage and conducted interviews. Local media, KJRH Channel 2 Tulsa aired a report on the event which you can view here.

We are grateful to have been part of this event as we continue to work on educating the public and changing the drug policy of Oklahoma to support personal choice, personal responsibility, health freedom, and individual rights. 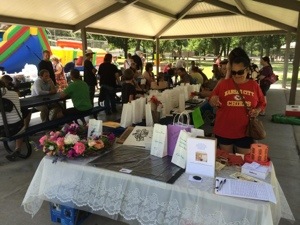